I heard you could cook any grain in the risotto style - dry saute then keep adding broth until done- so that's what I did with quinoa. It turned out great  - plus you could tell when the quinoa was done by the little curly q's they have when they open up.


Not really a recipe, but here's what I did: 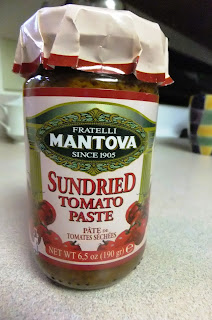 I had a jar of this sundried tomato paste that I thought would be good to mix in. First I sauteed a few cloves of garlic and some shallot in a tiny bit of olive oil. Then I added dry quinoa (about 2 cups) to the pan. It's a large flat non stick pan with high enough sides that everything stays in the pan - not all over the stove.  Stir the dry quinoa for a few minutes until it gets toasty - I also added about 1 T Earth Balance so it wouldn't burn. 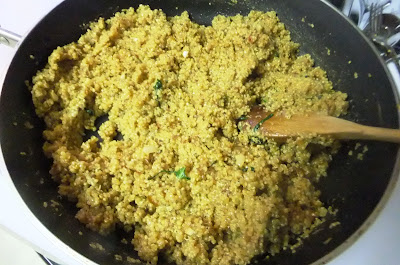 When toasted, I added a little less than a cup of white wine and stirred some more. Then you add veg broth (2 or 3 cups?) one ladle at a time until all is absorbed and quinoa is done. About 20 minutes or so. The quinoa didn't absorb the same way as rice, but it was fine in the end. Once the quinoa was cooked, I stirred in the jar of tomato paste and added some fresh chopped basil. A little salt and pepper.

Serve either by itself 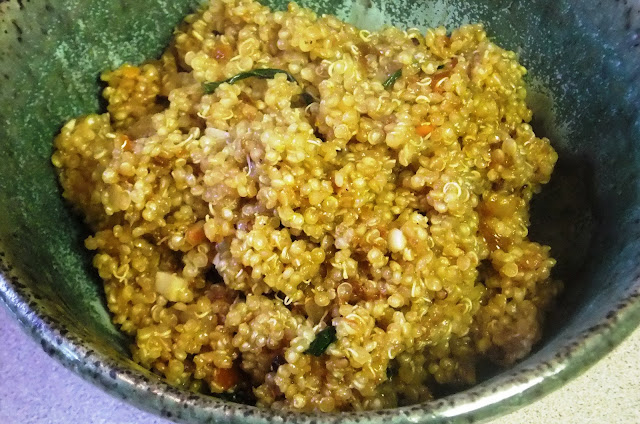 Or top with some balls. They really went well together. 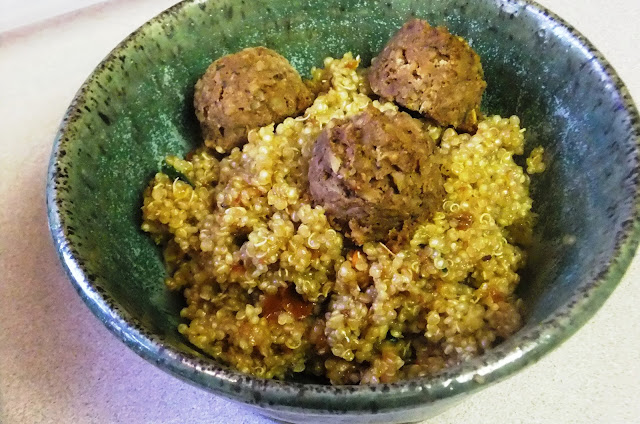 These were "My Balls" from the Sexy Vegan cookbook. Made with walnuts and tempeh - Recipe here

I am still looking for the best balls. Could it be these? More balls

I had some delicious balls last weekend made by a local restaurant. I don't have the recipe but I know they are made with mushrooms and potato! Sounds like I will be playing around with more balls soon.